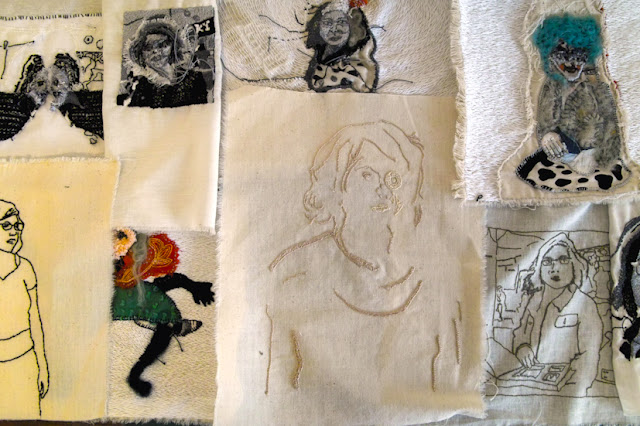 Recently, I have been working on this group of embroidered works. It started about a year ago, when I was looking for ways to encourage groups of children and teens Iwas working with to deal with their own self-portrait. At first, I worked with photos of myself. I cut, copied, and manipulated them, and I quickly found myself using a needle and threads as well. This piece was one of the first ones. There were actually three, which I named the Ordinary, the Funny, and the Scary; this one was of course the Scary, which became the favorite one (mostly of the kids). The Ordinary and Funny were lost during the year. 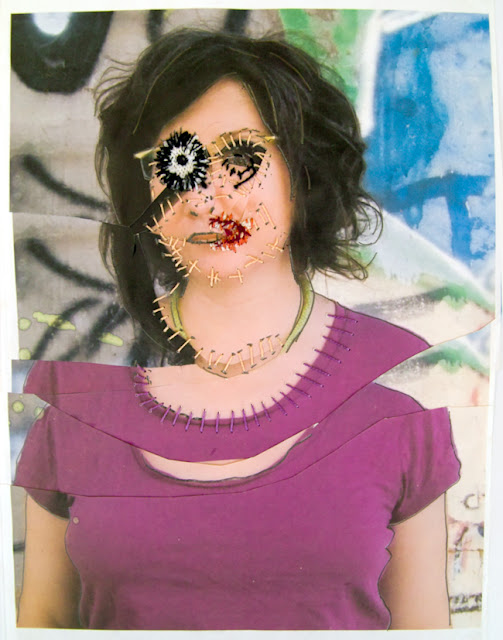 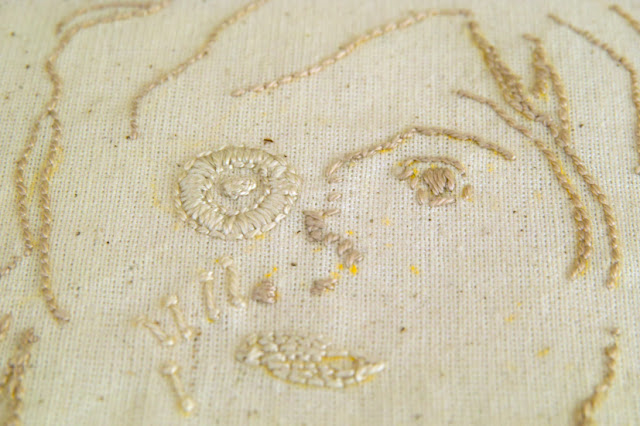 This white portrait is an attempt to translate the Scary into embroidery. During the last year, I made more and more attempts of this kind, some of which I had already shared. The work on this group was not done in a linear manner, and I find myself still exploring various techniques and styles, working on several very different pieces at the same time.
Finally I grouped a few of them, together with other work in progress images, in one post: 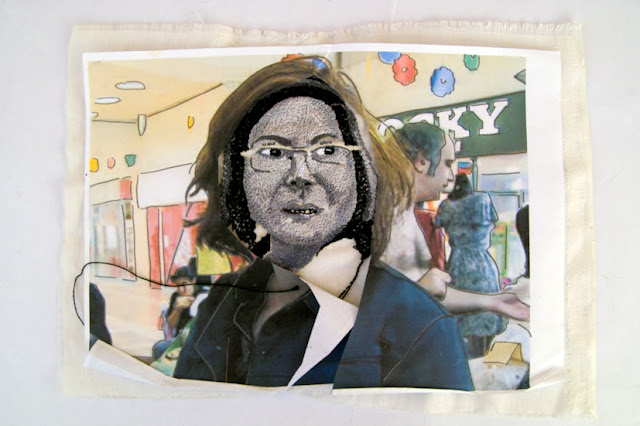 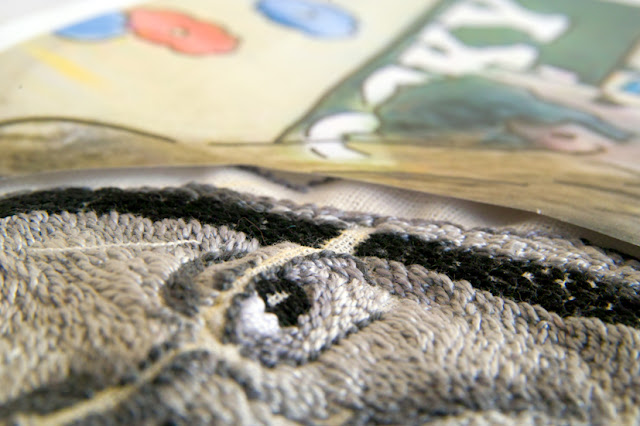 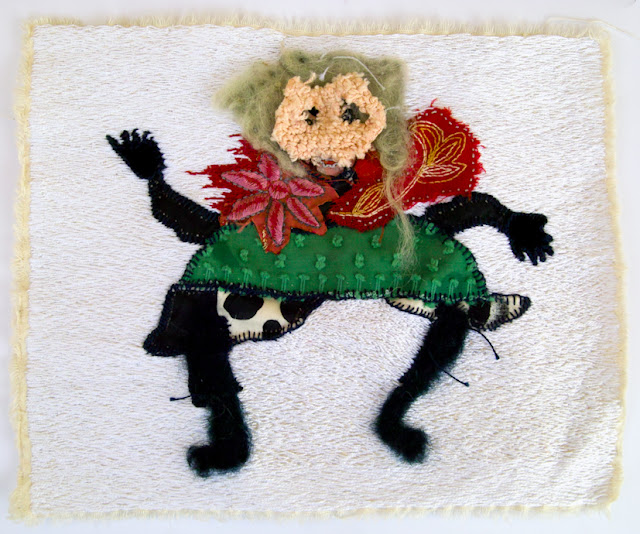 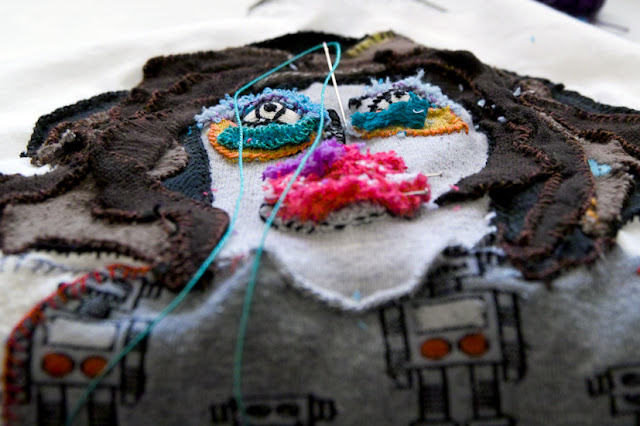 Great idea and great way to transform it into real works of art :)