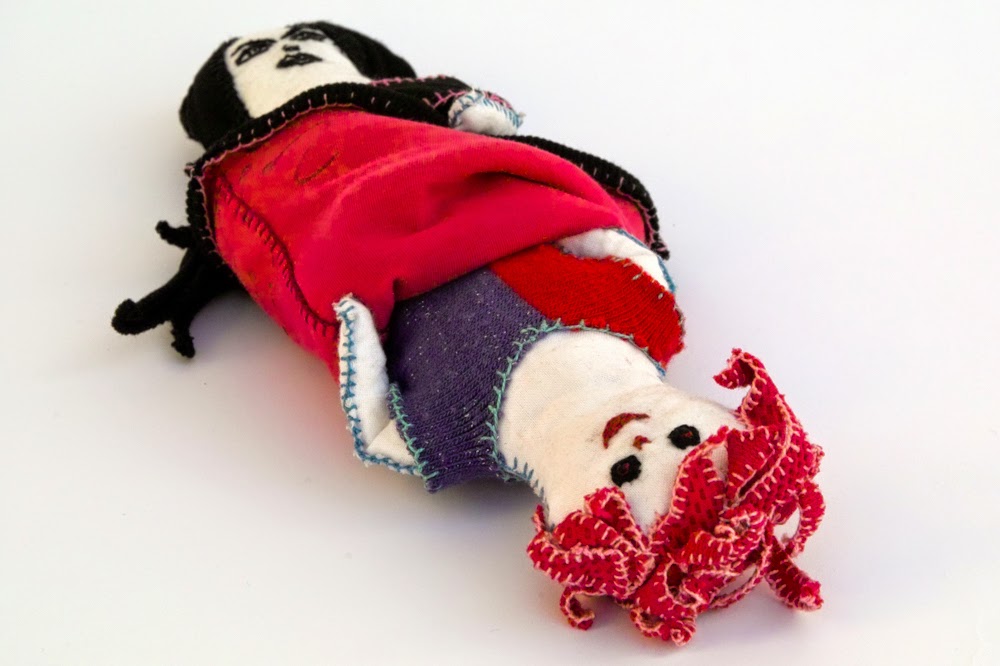 For a long time, I have been curious about Topsy Turvy dolls, which are one doll with two heads:
You can see only one side of it at a time, and when flipping its skirt up (or down), the other side is revealed.
As a little girl, I owned one which told the entire story of Little Red Riding Hood. One side was Little Red Riding Hood, the other one was her grandmother, and when moving the hat to the other side of the head, the face of the evil wolf appeared.

I was always fascinated by the Topsy Turvy concept, but it was only a few months ago that I started researching and learning more about the history of these dolls. The original ones were created before the American Civil War, in southern plantations where slavery was prominent. One side of the doll was black, while the other one was white. There are many theories about them and about how they reflect the complicated situation between blacks and whites.
In some way, the dolls represent two groups of people living at the same time, in the same country;
I tried to create one Topsy Turvy doll by myself, and this is the first one I made, which is very simple and basic. I still work on others, which I will share here soon. 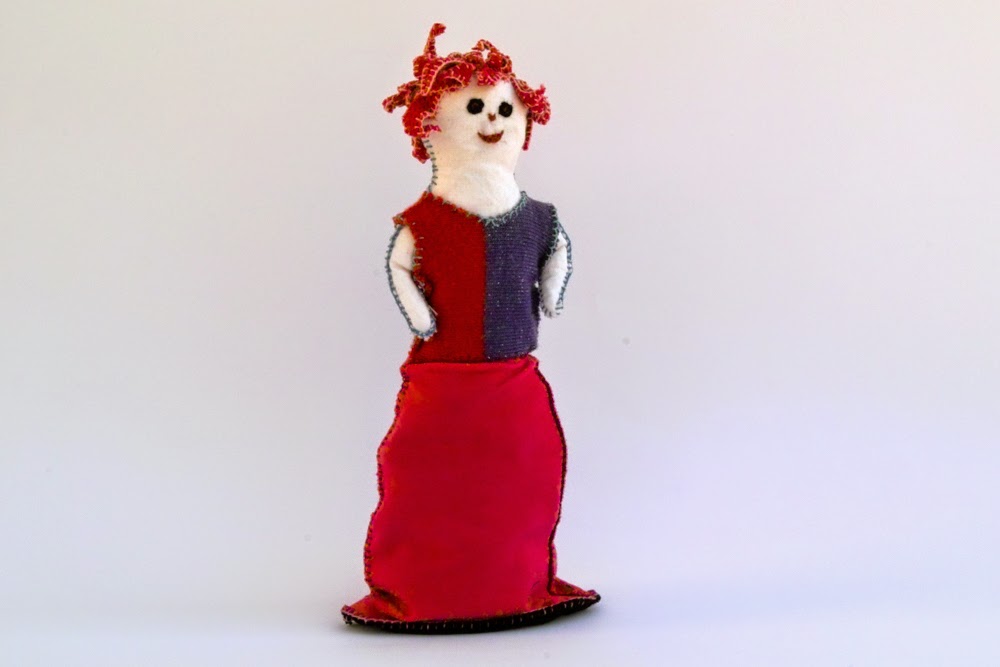 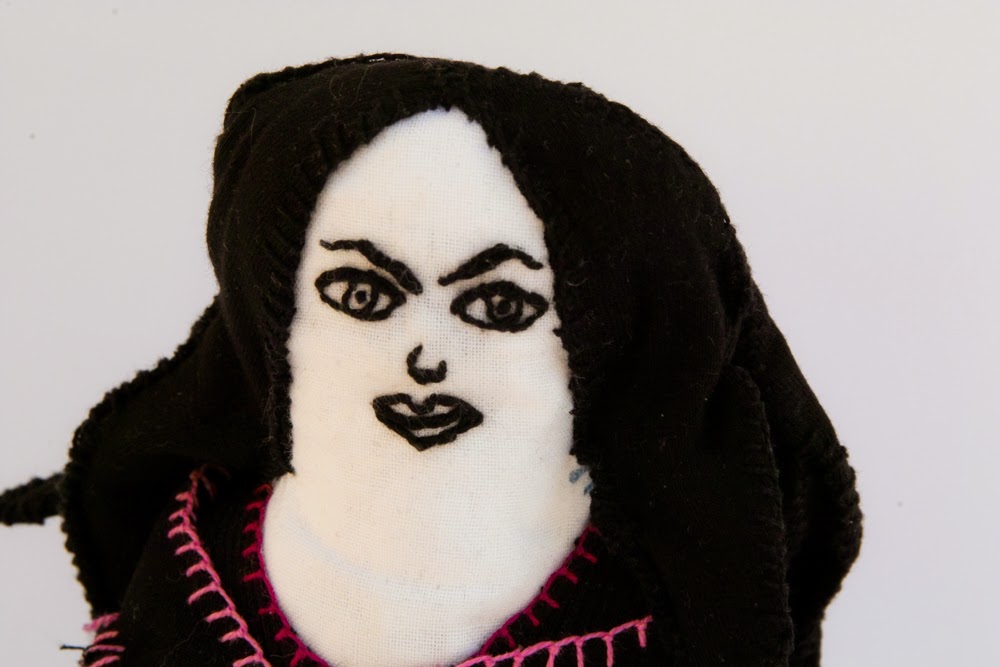 Meanwhile, I was asked by students who attended several of my workshops to conduct a monthly workshop series, where they could bring projects they had already started, or begin new ones here. Such workshops offer inspiration, guidance (when needed), a steady work routine, well as the opportunity to share their work with others. I decided to give it a try – the series will take place on the last Friday of each month (except for the first meeting, which will take place on Friday, February 20).
From my experience, open workshops can sometimes be very confusing when there is no central concept, so I thought that each meeting will begin with a theme that I will shortly present and discuss, which will serve as a suggestion, and each participant will choose if and how to reference this theme in their own work.
Well, I suppose you have already guessed the subject of the first meeting...
E-mail or phone- 0507387627 me if you would like to join. 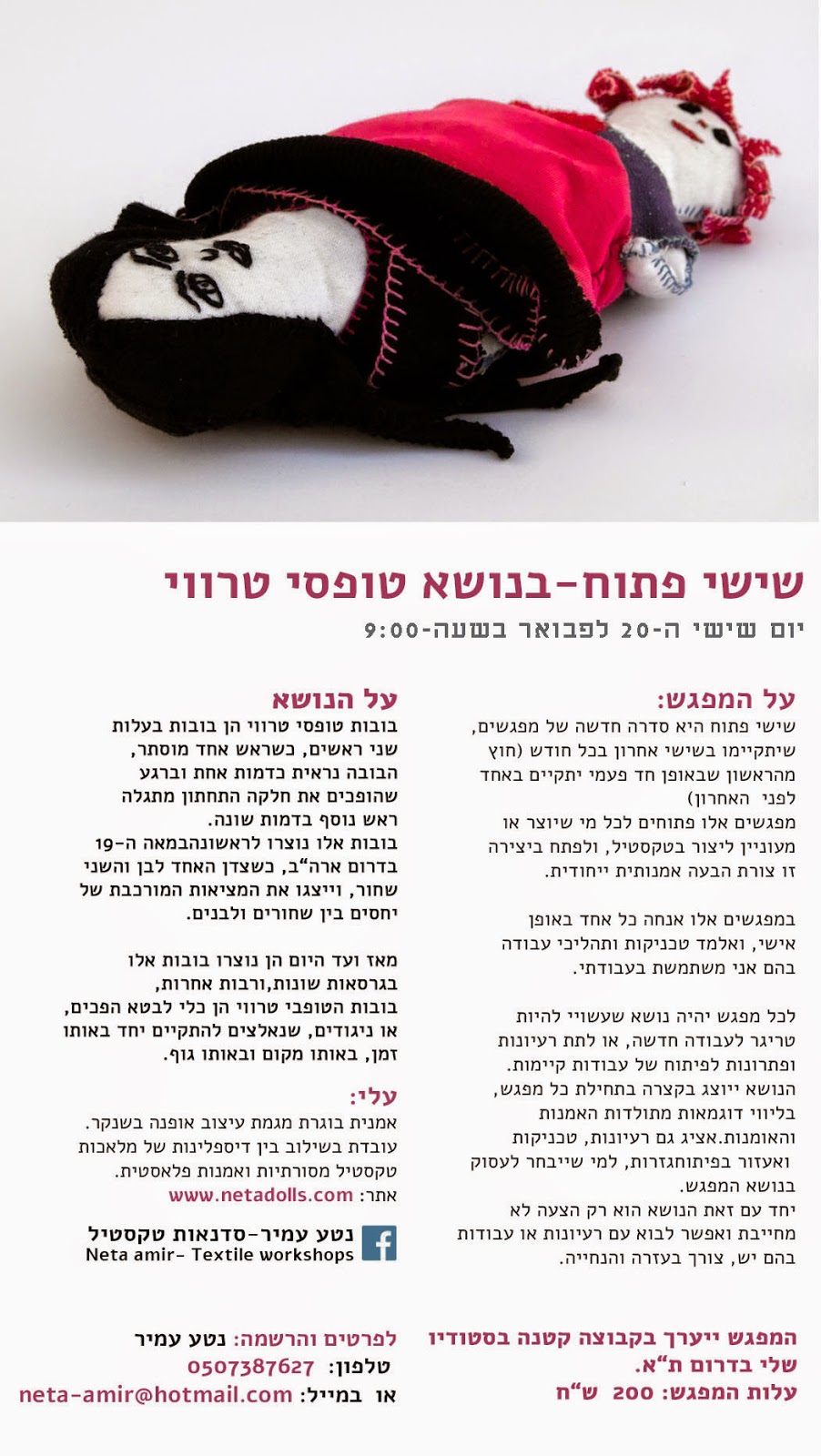 Another workshop I will host at my home studio will be a weaving workshop by Yonit Kristal, who is known for her research and preservation of old crafts. This time she will teach freeform creative weaving.
The workshop will take place on Friday, March 13, between 9:00-13:30.
After the workshop, she will sell the beautiful wool she spins and dyes by herself. You can take a look at her website here. 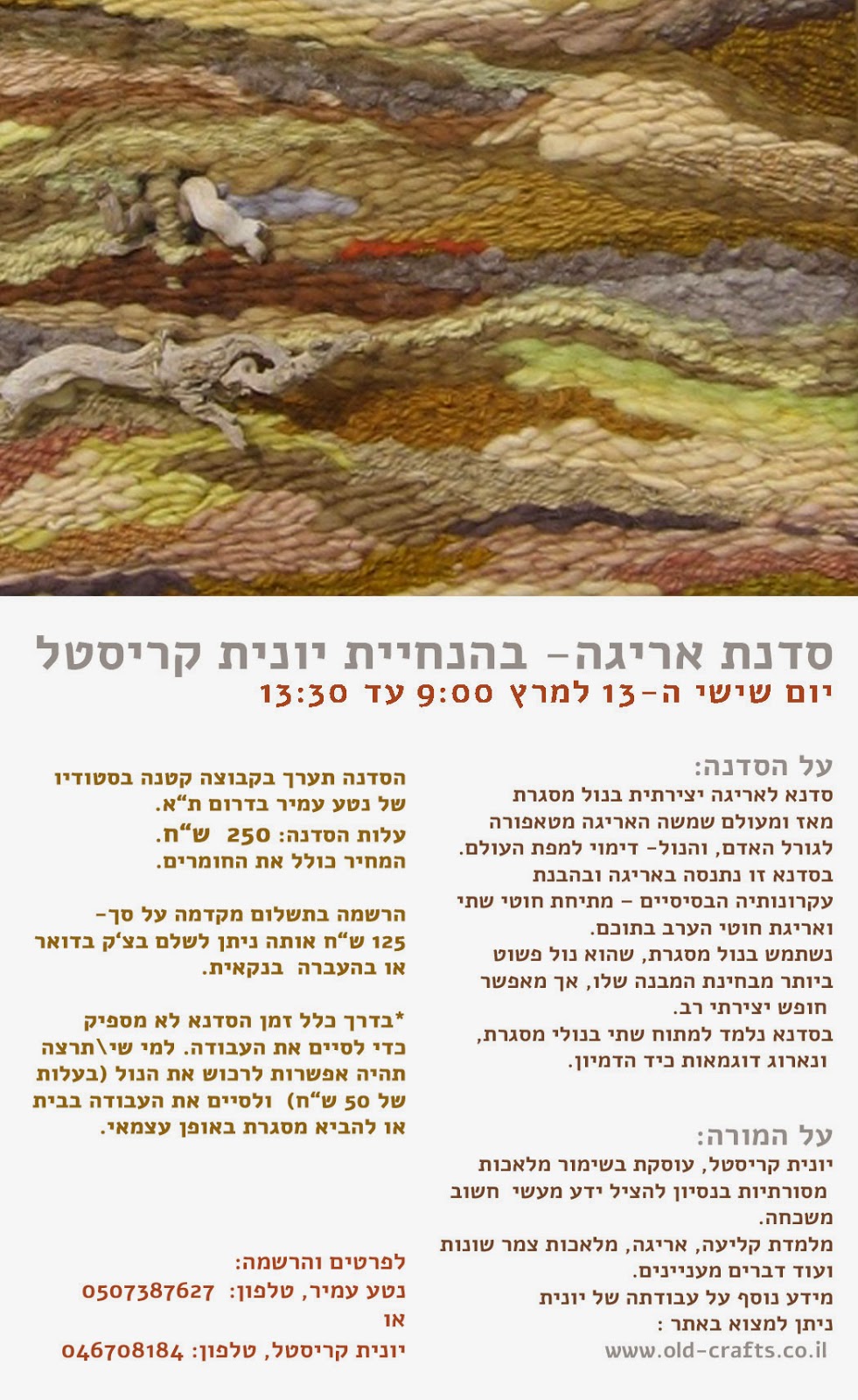