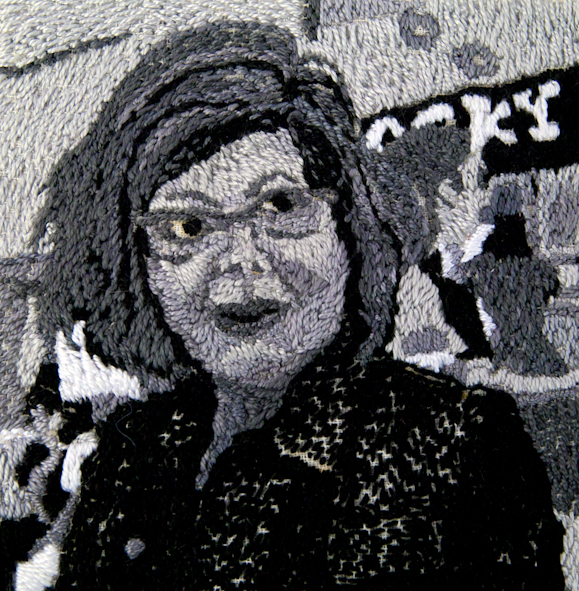 It took me two weeks (or even longer) to embroider this portrait. The image is the same one I used for my previous embroidery works: it is a photo taken by a friend of mine last winter during a fringe cultural event at the underground floor of Tel Aviv's central bus station.
Usually, I don't like to be photographed, and it is difficult for me to look at photos of myself;  With this photo, I was tagged on Facebook. It was the kind of mirror I couldn't avoid, and I had to deal with it.
At the same time last year, I worked with kids and teens, and this photo was the inspiration for the project I did with them, in which I took photos of them, which they transformed into drawings, paintings, and embroidery.
The process was very complicated. Transforming the image into another medium forces the subject of the photo to observe and deal with many details that wouldn't ordinarily be noticed in casual observation. When embroidery was applied as well, the process forced them to concentrate much harder and become aware of even more details.
Confronting these two aspects - the photo and the negative emotions it may elicit; and the embroidery work, which requires much patience and observation - creates interesting results. I envied the kids' process, and went through the same with my own photos. 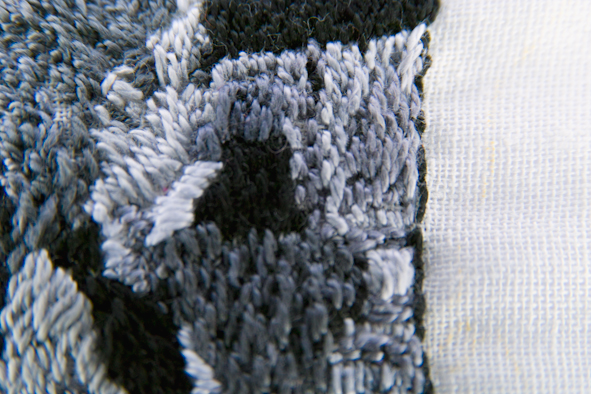 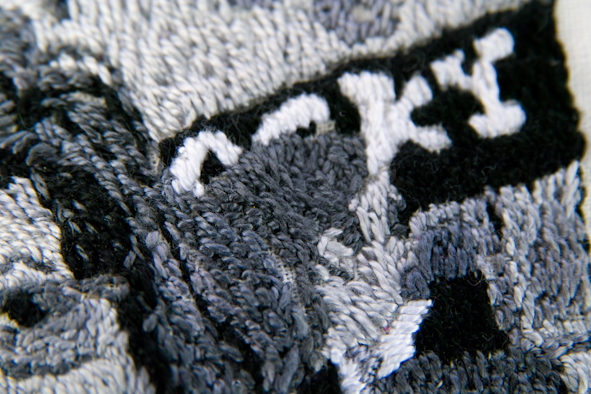