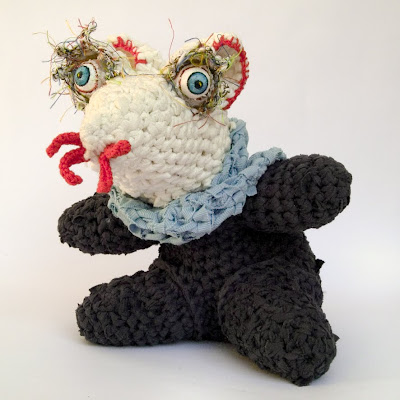 So here he is: Mr. big creature! He was waiting for long time on my crochet hooks, kept me busy crocheting, unpicking and re-crocheting, till yesterday, when he told me "that's it, I am ready to go out". I had some doubts, but he was determined, pointed the camera and said: "now!"
Comparing to my other creatures he is quite big, he stands 28m/11.2" tall; including his tail, he is 35cm/14" long and approximately 25cm/10" width.
It was a new challenge for me to deal with such a big dude, after all the miniatures I have been creating lately.
He was crocheted by fabric scraps, remains of sewing workshop, one of many we have around in the neighborhood (I should tell more about it in another post soon). 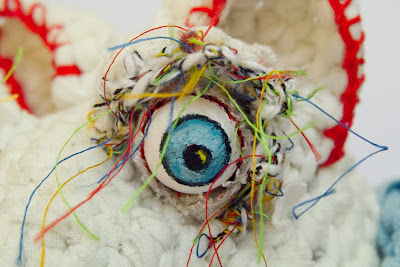 I painted his eyes on small spheres, and crocheted the eyelashes by vintage hairy yarn. 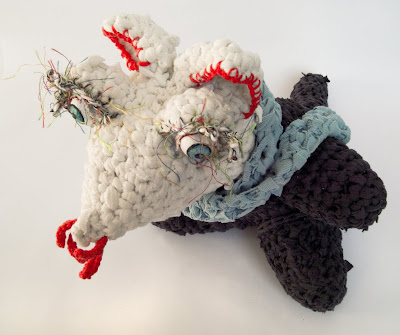 As he doesn't like it when it's cold he would always wear his blue scarf on. 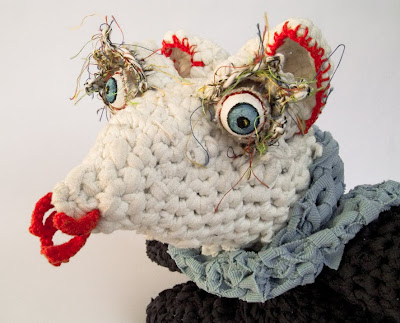 Sometime he can turn moody. 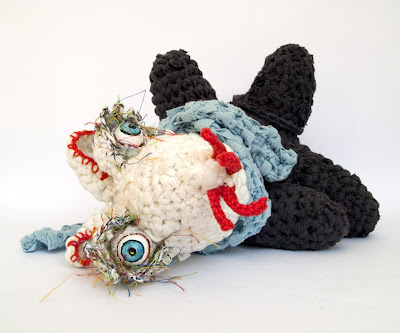 A rest would cheer him up. 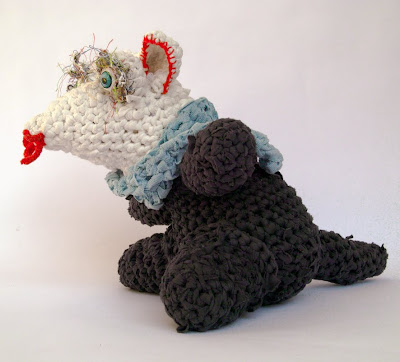 *He is now listed at my etsy doll store.
Posted by Netamir