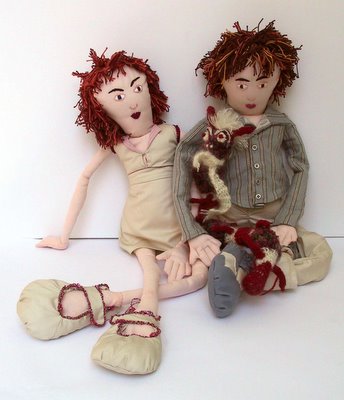 Finally I finish this cloth couple. I wanted to bring him at the morning to the store. They sell one couple and they ask me for other one. I though that they will be ready at the end of last week, but as usual it was longer then I estimated. When they were ready yesterday I wanted to photo them and take them to the store already, but it was too late, so I let them rest at my ironing board. When I arrange them to the photos this morning I found ugly yellow stains at the woman dress. It's looked as if she spoiled tea at her self or was too lazy to go to the bathroom as Gal said. I wasn't cared much about their origin (probably rust from the iron) as how I am going to clean them. I tried 90% alcohol(as I do in those sensitive situations). and the stains grow up and become uglier. At that moment I mostly wanted to tear out my hair. I tried to embroidery something to hide them (something that my mother probably would suggested). It's become even worst, and really didn't suit to this doll personality. I was so desperate and nervous. When last I decided that it's hopeless, and that I should sew new dress (which mean few hours of working), I found out that I can cut it at the waist and change a bit the silhouette , but yet have the dress with clean lines as I firstly made it. 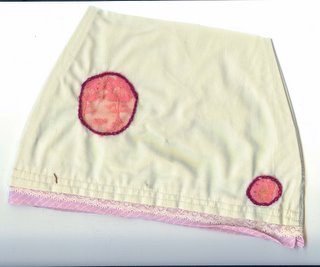 sew perfect... you are amazing- this couple is so cool.

The Fabric Of Daily Life said...

Hello from Australia. Your dolls and animal are fantastic and you blog is delightful to read.
Cheers.