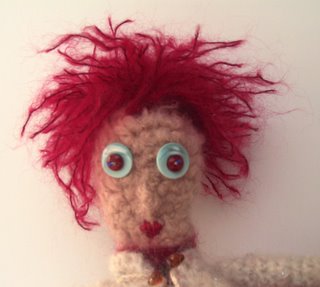 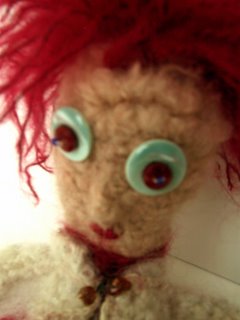 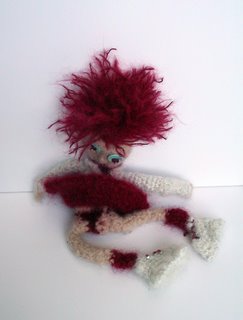 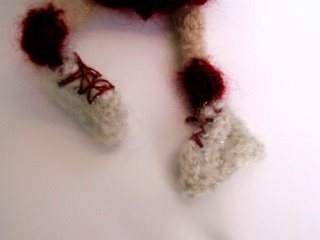 bobilina the redhair crochet is my first crochet doll.
its weird but sometimes when you make something for the first time its turn out best, Bobilina is one of my favorites, from all of my creatures.
my feelings about them may also be effected by the time, I remember that at the beginning I though that she is really failure, but few weeks later I learned to like her.
(I also give her name to my studio)
I took those photos last week when I finished the blue crochet man, I wanted to see them together and then I though that it would be nice to take more details shoot of her, that I never considered before.
Posted by Netamir

Hi Neta, just popped in via the "Next Blog" button on the Blogger Toobar.

Must say these dolls are not really my thing BUT they look well made and I was VERY impressed by the shop webpage etc, very professional.